Home » Fishing with Kenny » When the Jig is Up, It’s Hard to Put Down

When the Jig is Up, It’s Hard to Put Down 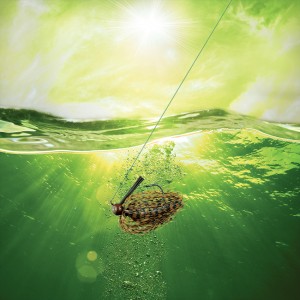 Arguably the greatest big bass bait ever created is the skirted jig. Early versions were made of living rubber and the fishermen were instructed to add a “trailer” to increase the lures effectiveness. After all these years, the initial concept of the lure is still the same and the jig, when fished properly, is still the #1 lure to beat.

The living rubber jig first came to prominence after Californian Dave Gliebe won a national tournament on Toledo Bend in the late 1970s and In-Fisherman Magazine ran one of the first stories on the new technique of “Flippin” and the lure of choice was the living rubber jig. Up until that time the jig was a West Coast-based lure and was made regionally by local lure manufacturers.

In the In-Fisherman article, it was stated that “the jig is great at 55 degree water and below. However its full potential is still unknown. Preliminary testing shows that it may well be a lure for all seasons.” If they only knew how right they were.

Jigs come in several shapes, sizes, colors and designs. There are hundreds of combinations to choose from, and it can be overwhelming to the beginning angler or even the seasoned fisherman for that matter. In this month’s article let’s see if we can make our jig choices and our fishing just a bit easier.
There are football head jigs for dragging along the bottom, there are jigs made for flipping/pitching heavy cover, there are jigs made specifically for casting like you would a plastic worm. The number one jig presentation for our area is for flipping and pitching heavy cover.

First of all we need to look at the size of the jig. Do we need a ¼ ounce, 3/8th ounce, or maybe a ½ ounce version? Each size has their strengths. If I am fishing shallow water a ¼ ounce version may be all that I need. Or if I need a faster fall rate I might want to bump up to a 3/8 ounce version. There are a lot of different pieces to the jig fishing puzzle. From a confidence standpoint, I usually start with a ½ ounce version.

So now we have picked out the size of jig we want, what about color? I believe I can catch bass anywhere in the United States using these three color choices: Black/blue, Texas Craw and a version of Green Pumpkin. I can go to any lake, with any water clarity, fish any depth and catch fish on one of those three colors.

Probably more important than the jig color is the type of trailer attached to the jig. There are several variations of craw worms, chunks and creature baits, as well as a variety of colors to choose from. The most effective trailer would probably be a craw worm, but creature baits, such as the “Sweet Beaver” style of soft plastics, are gaining in popularity among tournament fishermen.

I like to match my trailer, so it blends perfectly with my color choice of jig. If I am using a Black/blue jig, then I will match it with a black/blue colored trailer. I don’t want to contrast the streamline appearance of the lure. In most cases, the more universal the appearance, the better the result. Other popular color choices for jig trailers are Black/red flake, green pumpkin, as well as various shades of watermelon.

When fishing clearer water lakes, I like to use a smaller ¼ ounce jig in a more natural colors, such as black or green pumpkin teamed with a smaller creature bait trailer like a Reaction Innovations Smallie Beaver. Clearer water bass tend to feed by sight, so color can be more critical and a larger profile jig can be overwhelming.

If I am fishing the Ouachita River tributaries my choice of jig will be a ½ ounce Texas Craw color with a large bulky trailer like a Strike King Rage Claw simply because of the darker water color. The idea is that in the dirtier water, the bigger offering pushes more water making it easier for the fish to locate.

Does time of the year make a difference in the jig to choose? You bet it does. During the late winter and early spring, I usually prefer a bigger profile lure combination. The fish are getting active and preparing to spawn, so they are wanting to eat. I like to use lighter weighted jigs in the late summer and early fall because fish will suspend around vertical structures and this presentation seems to be more effective. During the winter months is when the smaller profile jigs such as a Strike King Bitsy Flip tend to excel.
About the only time I shy away from using a jig is the post-spawn and early summer time. While these fish are usually shallow related they are more prone to move around than to set up on particular target areas making them easier to catch on more aggressive lures and techniques.

It looks like we have run out of fish talking space for this month, but I do hope we were able to share some things that will put more fish in your livewell. As always, be careful on the water and catch one for me!
—See you next month.