Fishing with Kenny: The Best Times and Reasons to Plop 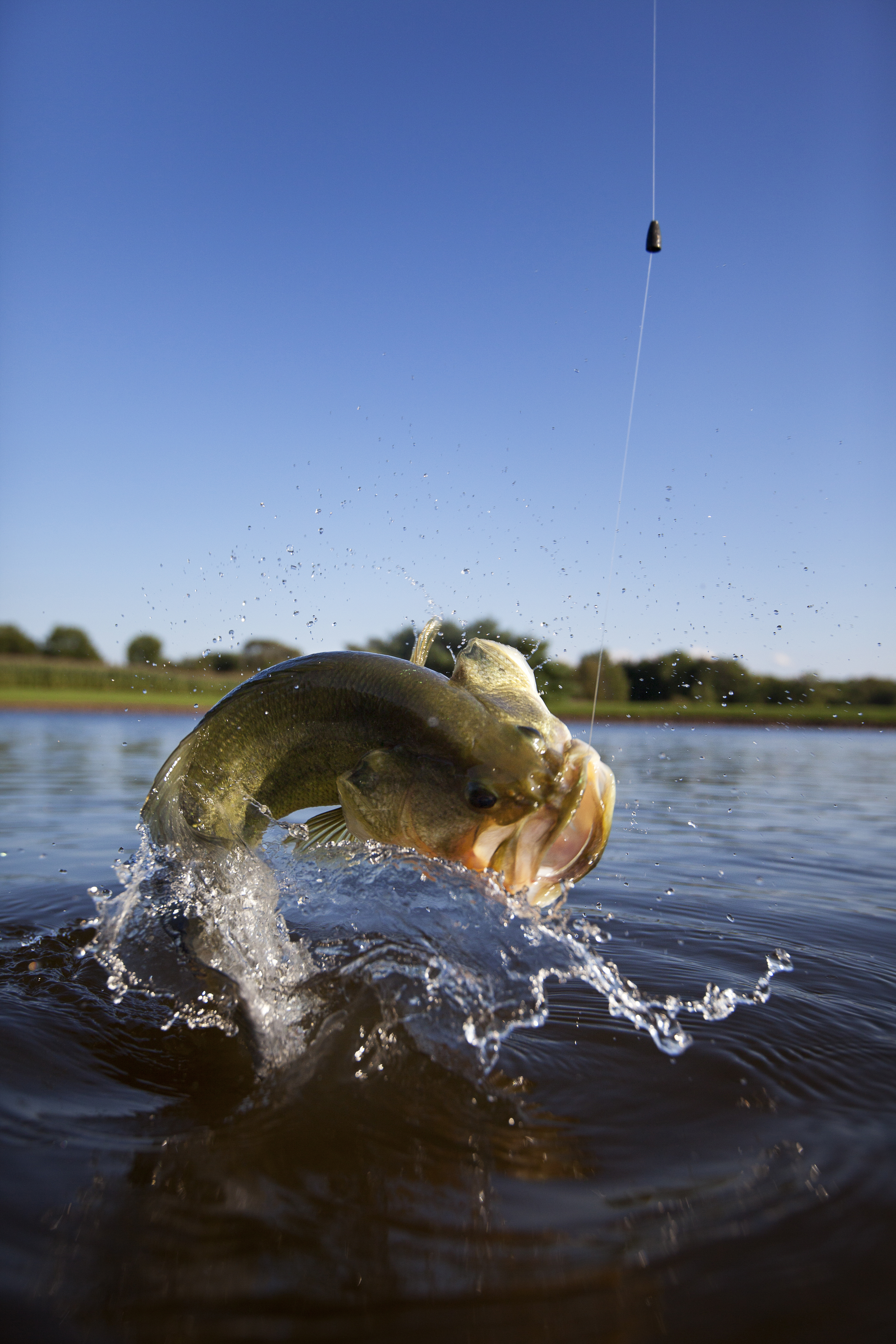 Having been around the sport of fishing all my life, it’s not often something comes along that makes me take notice and quickly jump on a lure or technique’s bandwagon. I was very resistant when the Slug-oh first came out, didn’t really think much about the Alabama rig once I experimented with it, but I still keep an open eye and an open mind towards anything new that might put a few extra fish in the boat.

The newest “super lure” to come out is the Whopper Plopper. Originally developed for muskie fishing up north and then for peacock bass fishing in South America, the Plopper was a hidden secret from the fishing world until a few years ago. Once people started catching trophy smallmouth and largemouth, it became a secret lure of many top tournament anglers.

As the stories started slowly circulating around the national tournament circuits about this weird looking lure that would catch big bass, the general public slowly started to take notice. The original Whopper Plopper, due to its size and weight, was refitted to the needs of the bass fisherman and made smaller and more manageable. As the success stories grew, so did the lures popularity but with all things that are new, there are also a lot of questions. Let’s see if we can help with some of them.

What size whopper plopped should I use?

For bass fishing, the Plopper now has three sizes, the larger 130 version, the middle version that is the 110 and the smaller size which is the 90. I personally prefer the larger 130 version. It tends to consistently catch bigger fish, and I seem to have a better hook up ratio on it. Most anglers I know prefer the smaller 90 version. The middle version, the 110 is still fairly new at this point, and the jury is still out on it.

What is the best color to throw?

The Whopper Plopper comes in several colors, so picking the right color can be difficult. As a rule, I keep my color choices as simple as possible when fishing the Plopper. My three favorites are Bone, Loon (Black) and Monkey Butt. With these three colors I have all water colors and situations covered. I use the Monkey Butt when the water is clearer. I use the Loon when it is low light, and I use Bone in most all other situations. I also use these same colors when throwing the smaller versions as well.

What kind of rod and reel set up works best?

I have found two different rod and reel set ups that work really well when throwing the Plopper. For the heavier 130 version, I use a 7 ½ foot frog rod with a 7:1 gear ratio reel. The longer rod makes casting the heavier lure much easier, although it does take some getting used to. For the smaller version, I have found a 7 foot medium/heavy rod works fine. I use the same reel for both size lures.

What kind of line do you use when throwing the Plopper?

I always use braid when throwing the Plopper, 50 lb. for the big one and 30 lb. for the smaller version and here’s why. The larger 130 version has big hooks and larger hooks are harder to penetrate into a fish’s mouth with monofilament line regardless of how sharp they are. Braided line will give you an advantage when making long casts and because it has no stretch hooksets which are much easier.

I can see where using mono would work when throwing the smaller 90 version, but I like to keep things the same as much as possible when it comes to techniques. However, if I was going to choose a mono, it would be 20 lb. CXX P-Line.

So now that we covered the technique specifics, the final question is usually “Where do you throw the Whopper Plopper?” I can honestly say when using this lure that there is no such thing as a bad cast. The drawing power of this lure is incredible as fish will come from great distances to strike it, and the strikes can be heart stopping!

The Plopper is effective when used around docks, sea walls, scattered grass and cypress trees. If it looks like a fish might be there, then it is a good place to throw it. The key element with the technique is to pay attention to the speed of the lure when you get your strikes. Some days they may want the lure crawling along at a slow pace, other days they may want it moving at a good pace. Don’t be afraid to experiment, but pay attention, because the fish will tell you what they want.

Well, it looks like we have run out of space again for this month! My how time flies when you have fun discussing a fishing technique, and hopefully, it makes you eager to get back out on the water. Please be careful, use plenty of sunscreen and drink lots of water while you are out trying to catch Mr. Bucketmouth. Catch one for me, and I will see you next month!